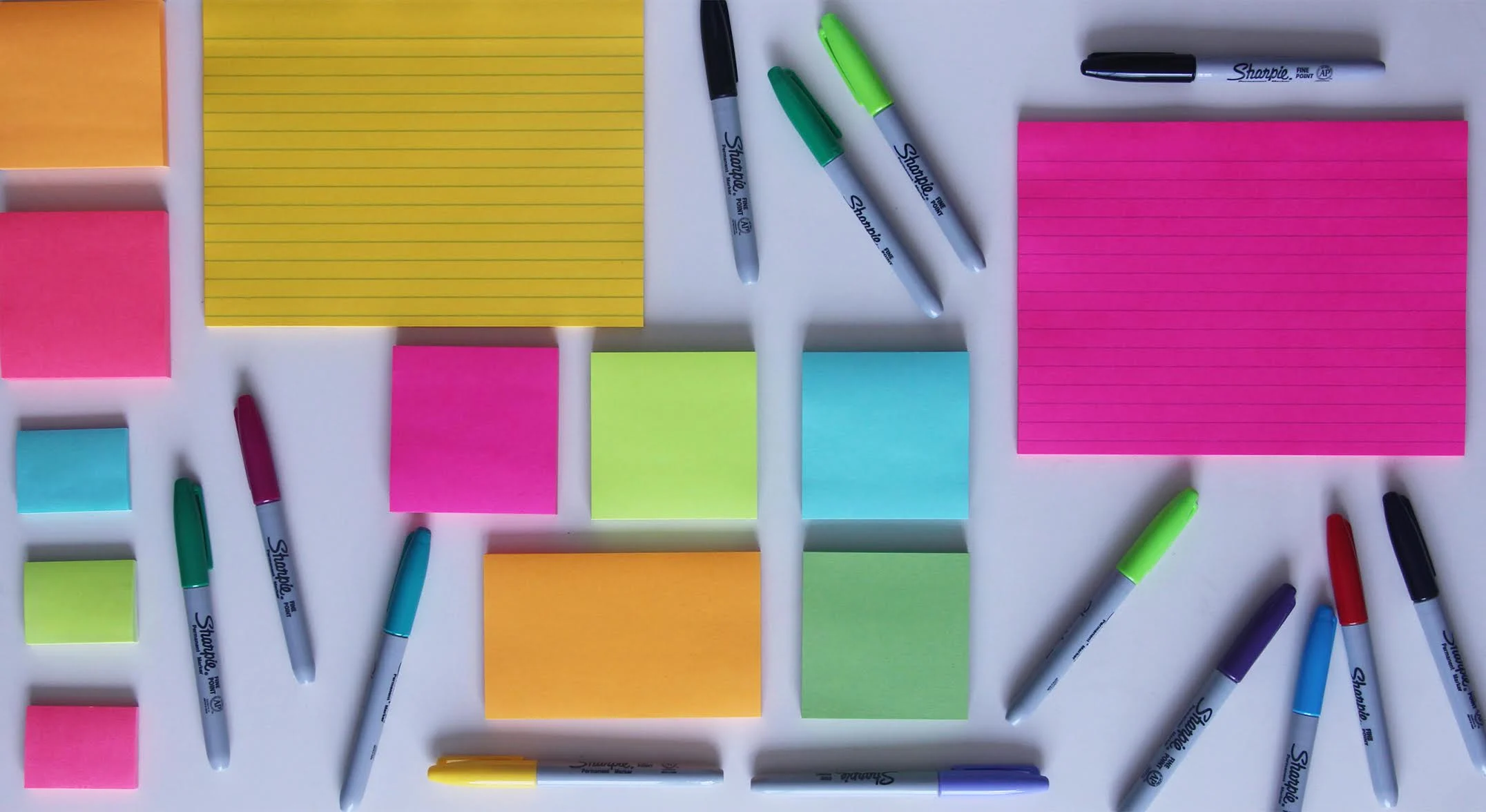 Reap the benefits of listening to many different ideas and combining the best together. Overlap’s first and most important rule is Start Solo in idea generation.

Imagine this: There are ten people sitting around a table, trying to solve a problem. Someone blurts out an idea. The group then spends the rest of their time together discussing and debating that one idea. They hear from the loudest and first to speak up. They never get to hear from the introvert, or possible expert in the room.

The rule of starting solo comes from our Chief, Creativity & Interdisciplinary Collaboration, Linda Carson, and she’s made us all promise that if she’s ever abducted by aliens, this is how we’ll remember her. By always Starting Solo.

Here are 6 reasons to start solo in idea generation:

If I say “don’t think about an elephant standing in the corner of the room”, you suddenly find it very difficult not to. That’s called priming, and it’s the biggest reason to start solo.

In group brainstorming, the first person to speak immediately focuses the whole group around their idea, and you lose a lot of the diversity that existed before people were “primed” (i.e. before the same idea was planted in everyone’s head). Read more about priming and its effects on us in this great article by Crew.

To illustrate this concept, look at the following images and fill in the blank of the word that follows. Notice how the first thing that comes to mind changes when you’re primed with different images.

2. Starting solo encourages people to dig into all aspects of the problem

When the problem is multi-faceted (as many problems are), there are a variety of different sub-challenges to focus on as part of the greater whole.

As a group, it’s easy to zero in on one aspect of the problem and, once that happens, difficult for the group to shift and talk about a different aspect. Similarly, when the conversation moves to be between two people with the same technical background, everyone else becomes sidelined by the level of expertise required to participate in the discussion.

Those who talk the loudest are not necessarily those with the best ideas or the most insight. For a quieter person, loud, excited, unstructured group conversations can be hard to get a word in edge-wise.

The fear of looking foolish also prevents people from sharing “crazy” ideas. We encourage people to record even their most wild, outrageous and over-the-top ideas, but a lifetime of trying not to give the wrong answer is a hard habit to break.

Overlappers make a point, after a session, of gathering up any ideas that weren’t shared with the whole group–all the extra Post-its. We believe in no idea left behind.

Following up on the previous point, competing for the opportunity to share your ideas can mar the experience of a session.

It can be frustrating to feel that no one is listening to you (worst case scenario, you are actually cut-off while speaking by another participant). It’s also awkward to work out an idea in your head before you share it out loud, only to find that the conversation has shifted to a new topic.

For reasons like this and plenty of others, there may be participants walking away with ideas unspoken when ideation eventually wraps up.Start solo so that people can record all of their ideas and discuss what they’re more excited about. This generally leaves participants feeling more involved and satisfied.

5. Starting solo can be a time-saver

Starting solo also solves the problem of airtime. Particularly in large groups, (and in this context, a group of ten would be considered large—three or four is a better size for an in-depth conversation about ideas) taking the time to hear an exhaustive list of ideas from everyone often isn’t feasible.

In Overlap’s sessions, we do take time to share and build on ideas, but sharing in small groups and forcing people to first articulate their ideas in a 3”x3” box can really cut down on the time required.

By starting solo, we make it easier on ourselves as facilitators to lead the group through a continuous and interesting conversation.

Session leaders always have a way to bridge silences when a particular conversation winds down by saying “Who has another response we haven’t heard yet?” and a way to get out of a rut by saying “Who has an idea that’s totally different from what we’ve worked with so far?” or “What can we add to the mix, from someone who hasn’t spoken recently?“ 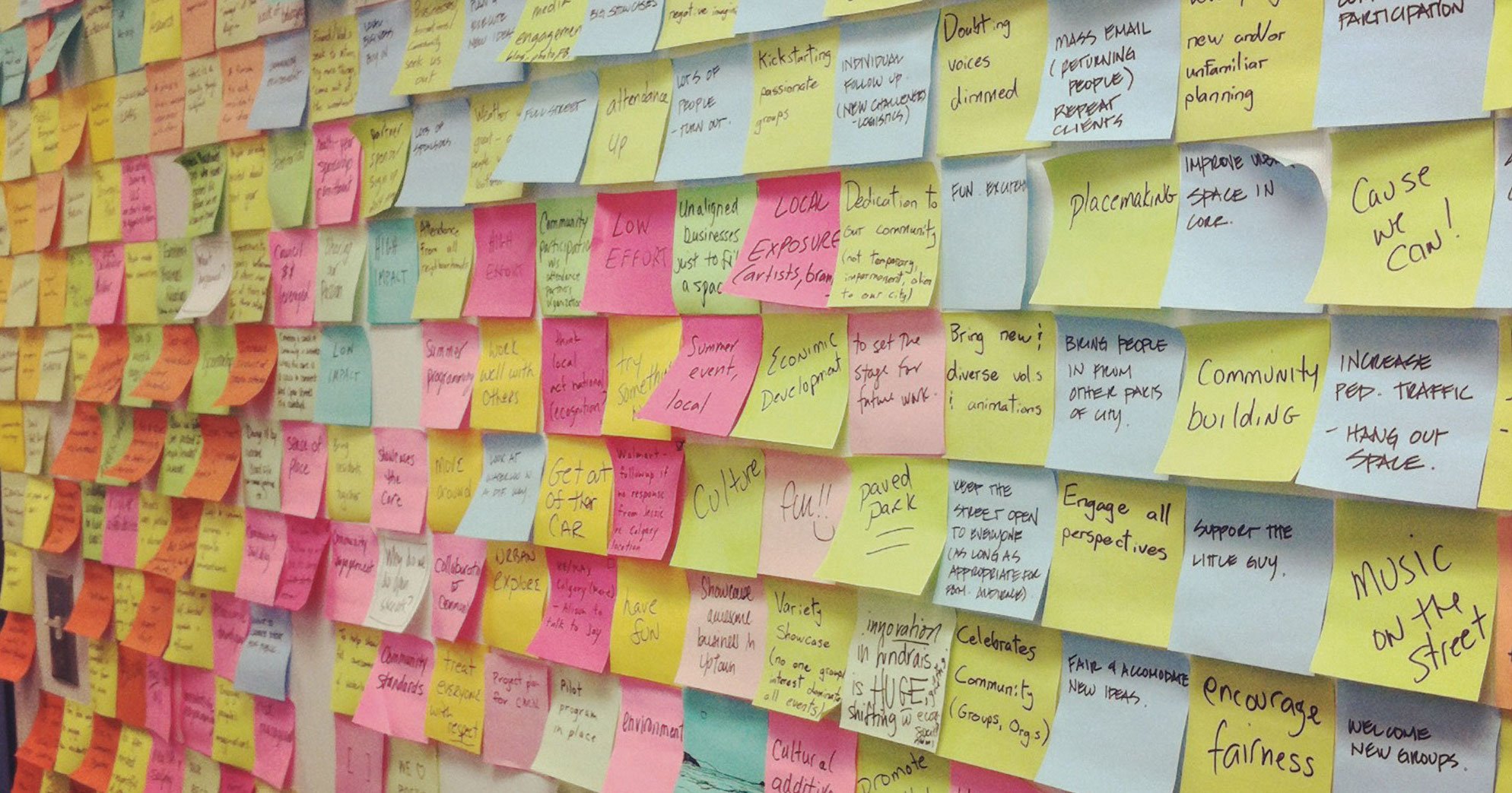 Try to start solo in idea generation at your next meeting, collaboration, or brainstorming session. We recommend passing around post-its and asking each person present to generate at least 2-3 ideas. It only takes an extra 5 minutes, and everyone involved will reap the benefits.

Want to try other design techniques?

💡 Shake Things Up With 6 Alternatives To Traditional Meetings

💡 How to Use an Empathy Map
< Back to Ideas
Share 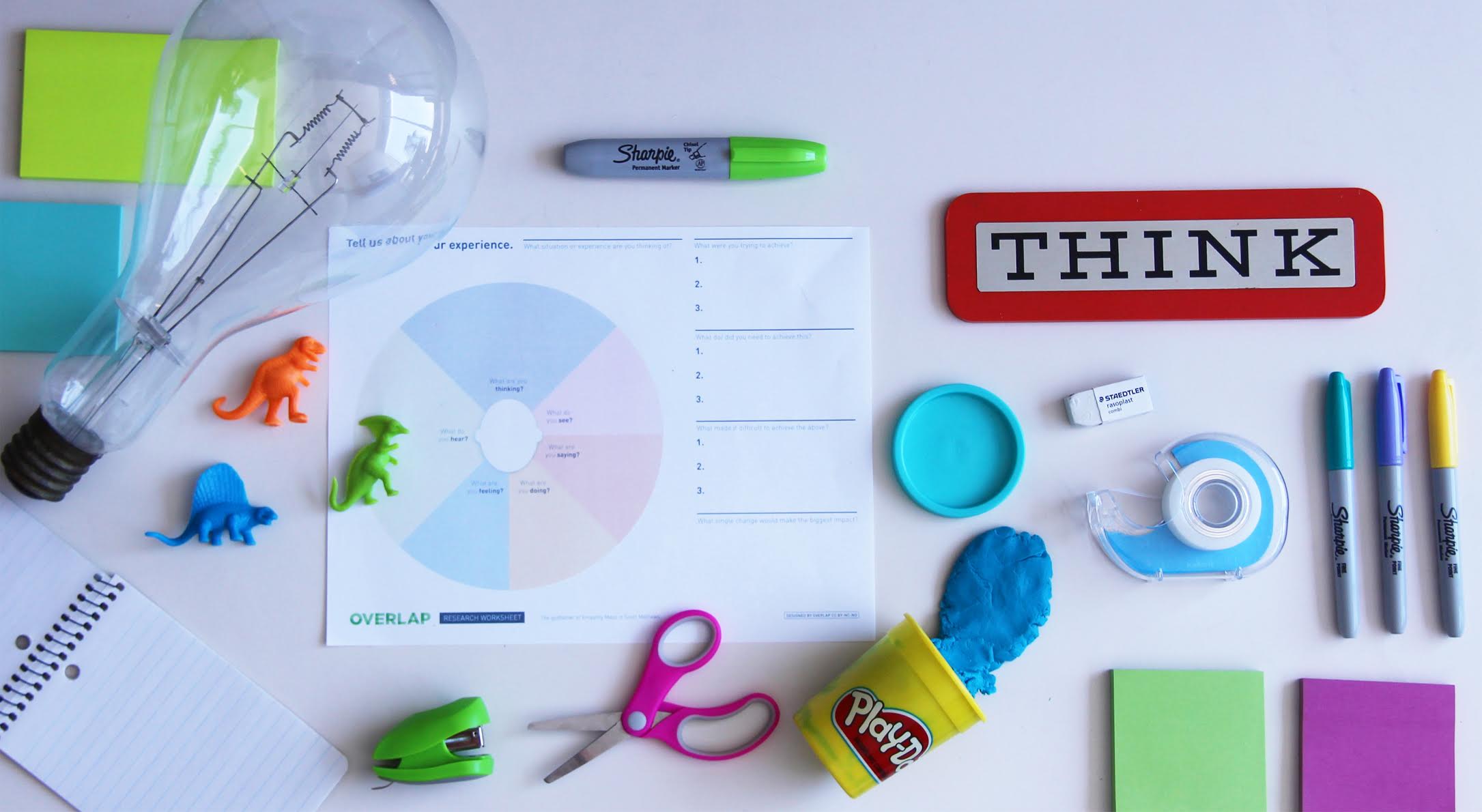 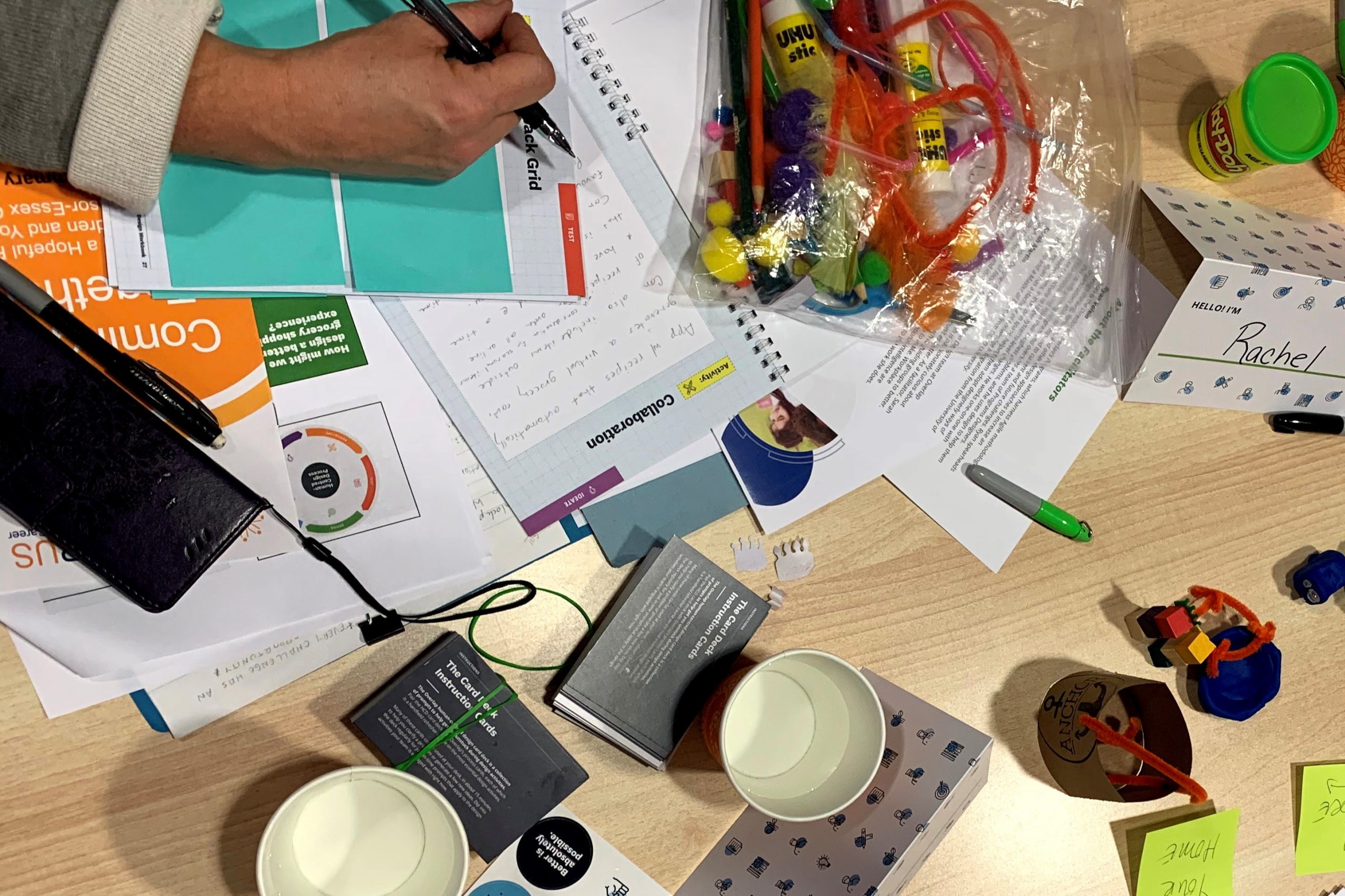 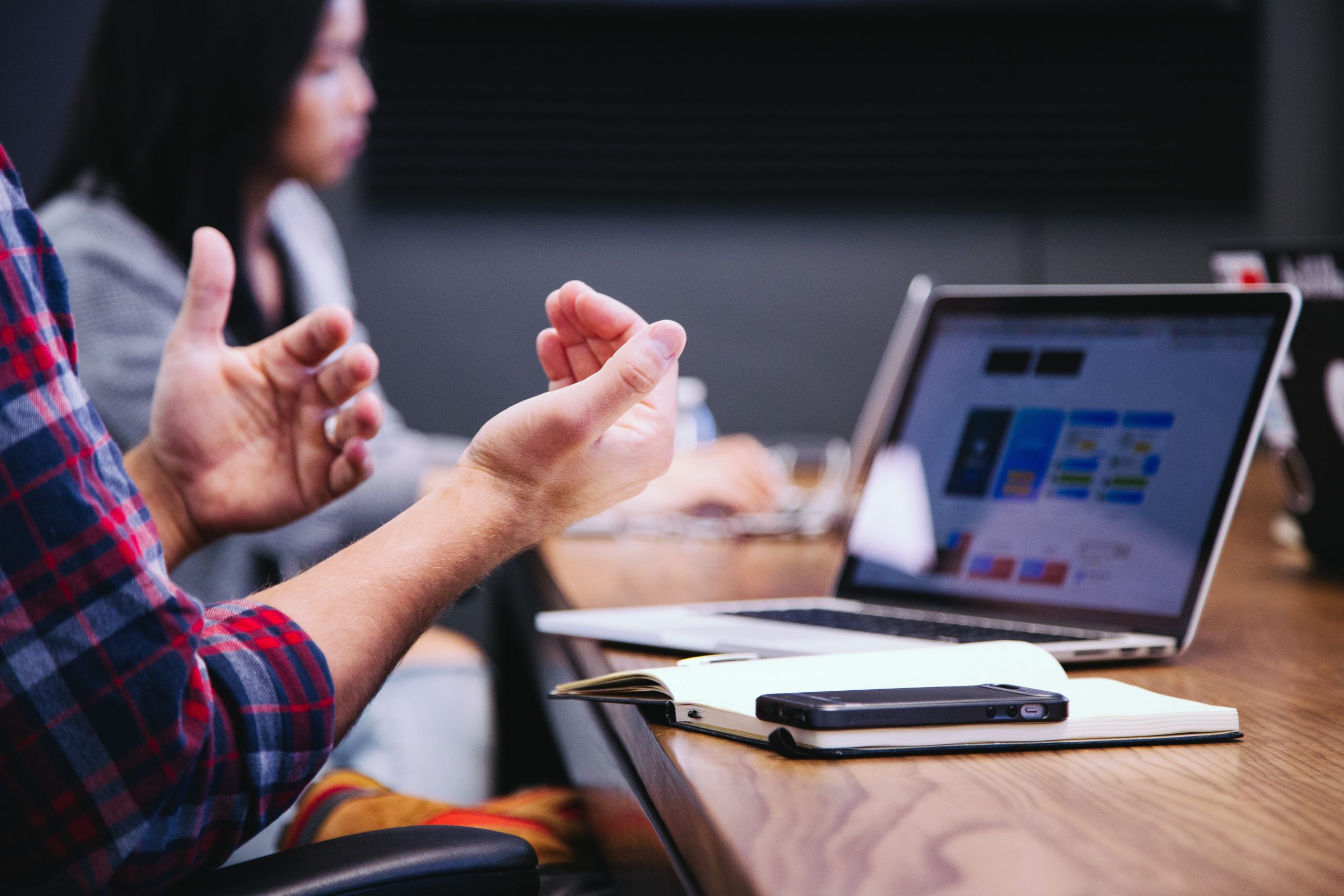 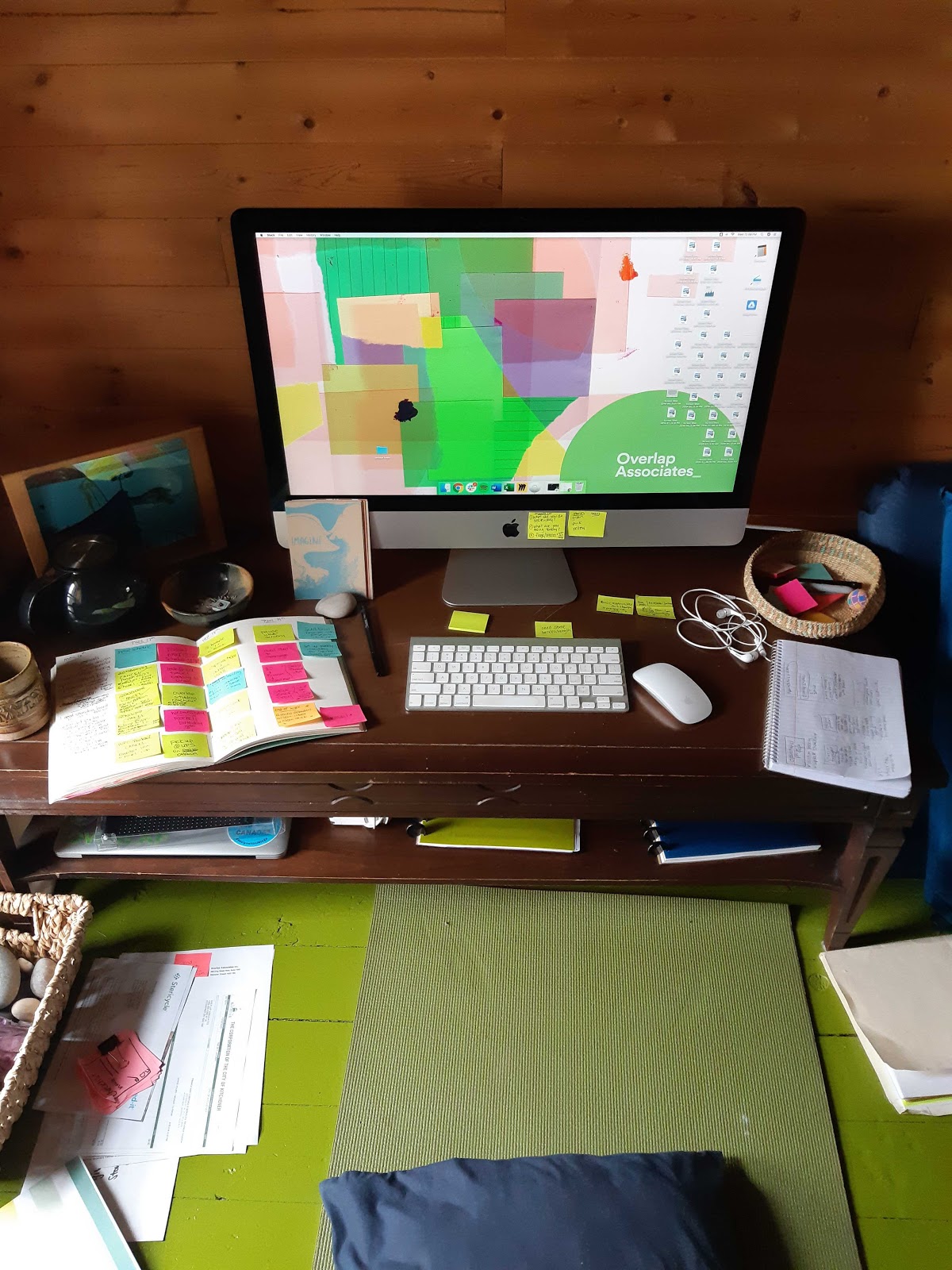